Tim Koopman: A Voice for Grazing

From Tim Koopmann’s ranch in Alameda County, he has watched the city grow. A shadow encroaching on the green hills, urban expansion has scratched at his horizon as long as he can remember. His small stretch of land is 50 miles from San Francisco, between Livermore and Fremont, right smack in the middle of one of the state’s most rapidly-developing regions. He’s been fighting for these open spaces all his life, battling pressure from developers, declining cattle prices, drought, enormous tax penalties triggered by the deaths of his father and grandfather, and negative public opinions against grazing.

“Most ranchers don’t want to make themselves a public figure,” he says. “They don’t want to talk, they just want to get their work done and have people leave them alone. I ended up kind of breaking the mold because I feel so strongly about the value of grazing.”

Tim graduated from the University of Nevada, Reno and worked as an agriculture and industrial arts teacher in the small reservation town of McDermitt on the Oregon border. As his father’s health declined, he looked for a job closer to home. After three years as an agriculture teacher at Arroyo Grande High School in San Luis Obispo County, followed by 10 years as an ag lender with the Farm Credit system, he was offered the role of Rangeland Resource Manager by the San Francisco Public Utilities Commission (SFPUC).

Around this time, a shift in public opinion challenged the time-honored practice of grazing the 40,000-acre watershed Tim was hired to manage.

“The most important thing we did was field trips,” Tim recalls. “We took people out and showed them what we were doing. Groups like the Alice B. Toklas LGBT Democratic Club in San Francisco were against grazing and fearful it would contaminate water sources and cause illness in their communities. Through scientific programs we put together, we brought the facts to the table and were able to show them that grazing was safe. They ended up signing on in support.”

Without this work, California could look very different today. “Los Angeles Power & Water has hundreds of thousands of acres leased out for grazing. If we had removed grazing from our watershed, it would have had a domino effect on every other major water purveyor in California.”

Tim reflects on those 25 years at SFPUC. “I’m proud of the work we did there,” he says. “We had a large number of endangered species throughout the watershed and we took pride in trying to take care of them just as we took care of the land and our grazing tenants.”

But there was little time to enjoy the victory. In 1991, the Koopmann ranch faced a new threat following the unexpected death of Tim’s father. In the midst of their grief, the family was forced to reckon with a sudden tax bill of $750,000.

“I was working for wages and had two kids. My parents had $75,000 in the bank and that was pretty well eroded by the state of California and a down payment to the IRS.” 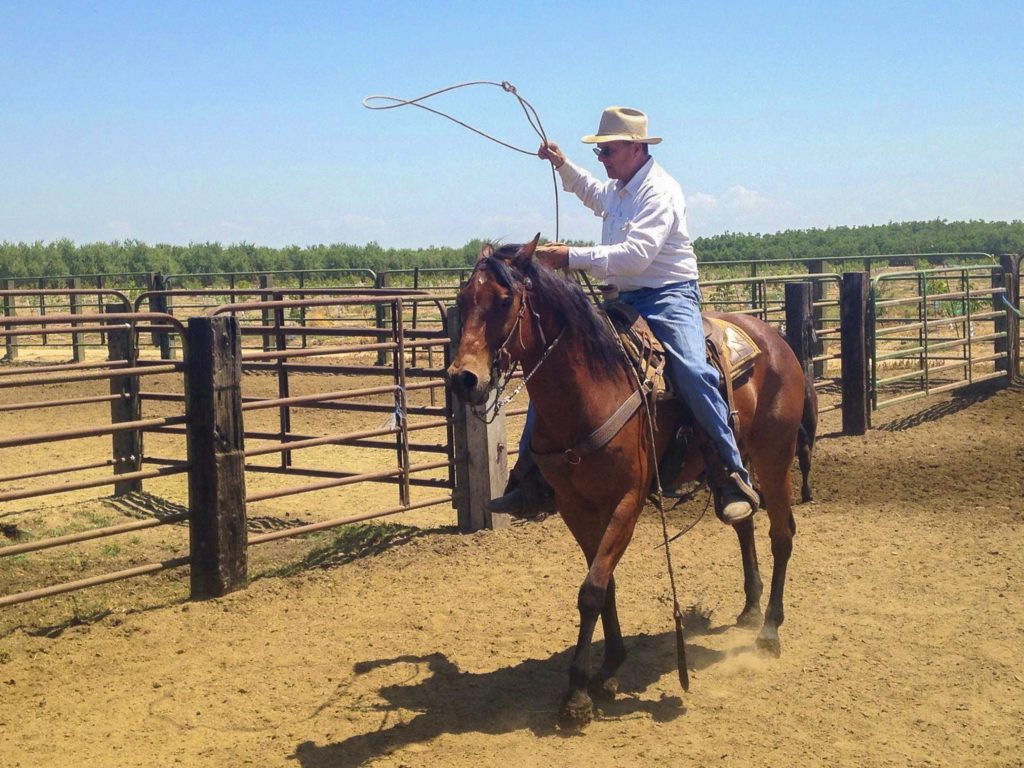 CREATING A CONSERVATION SOLUTION BY AND FOR RANCHERS

The family explored every possible avenue to save the ranch, from cell towers to selling off parcels. In the end, they realized the answer had been on the ranch the whole time. Tim spotted a small breeding pond where the endangered California tiger salamander thrived.

“Those little short-legged critters are the most lucrative livestock we ever raised,” he chuckles.

In total, three mitigation easements held by California Rangeland Trust were purchased by developers and placed on the ranch. Finalized between 2003 and 2015, these easements offset Bay Area development in Pleasanton and San Jose and protected the habitats of two sensitive species—the California tiger salamander and the callippe silverspot butterfly. Funds from these easements saved the Koopmann family ranch.

“The Rangeland Trust started off thinking they could help a few ranchers; now they’re at over 330,000 acres plus an active project list,” Tim says. To him, the help from the Rangeland Trust proved that people do care about the work ranchers are doing. “I can’t say enough good things about the California Rangeland Trust.”

Tim’s background in range science enabled him to show government agencies that the management practices used on the ranch for decades, which had allowed these species to thrive, should go on uninterrupted. With the Rangeland Trust monitoring the easements, the Koopmanns have been able to manage the ranch as before. 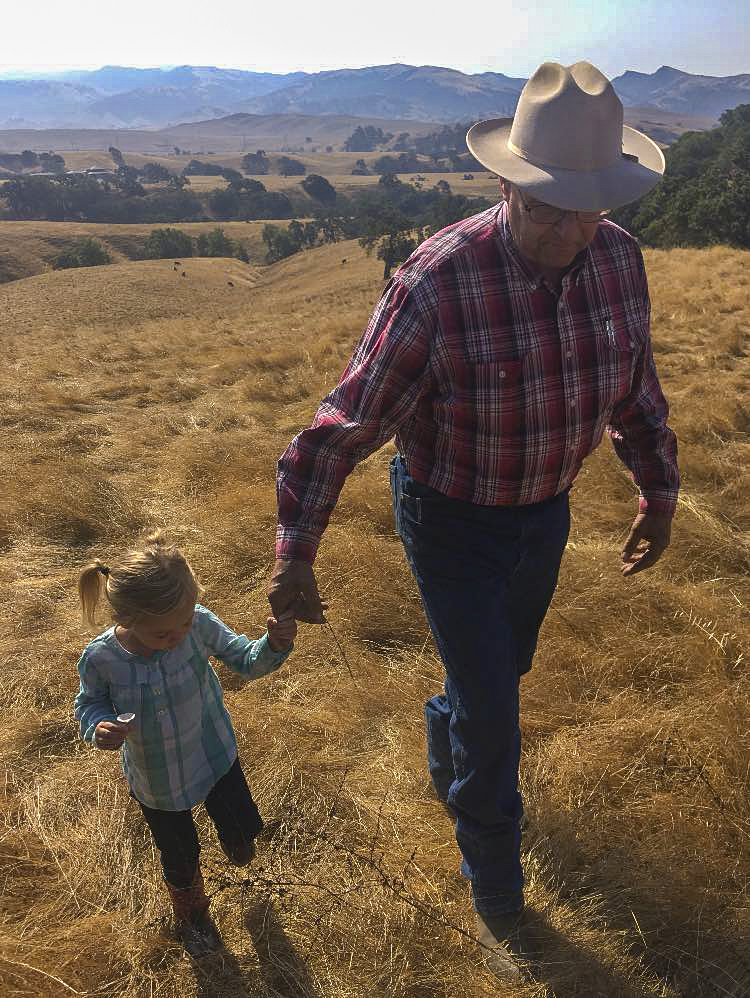 CREATING A CONSERVATION SOLUTION BY AND FOR RANCHERS

Tim is a naturalist who hears every heartbeat on his land. When the city of Pleasanton opened a golf course near his land, he noticed some interesting differences between his side of the fence and the 61-acre “wild lands” section of the golf course. “I brought the golf club managers out to see it,” he recalls. “On my side of the fence, there were a variety of wildflower species. On their side were just the skeletal remains of weeds and black thatch. What was missing? Management.” Now, Koopmann cattle graze that part of the Pleasanton golf course. Tim loves explaining how grazing is necessary for the habitats of ground-nesting birds, tiger salamanders, and native wildflowers. For each of the last 15 years, he has hosted the range science class from UC Berkeley on his land. This year they’ll also be hosting students from CSU Chico. He helped found the California Rangeland Conservation Coalition, where organizations with widely divergent beliefs and interests come together with a common goal of conserving the state’s open spaces. “Anytime we can show them, we’ll do it, because we’ve got to have good outreach,” Tim says. Over the last 20 years, he has seen tremendous headway in public understanding of the need for vegetation management. “The best way for anyone to manage land is through grazing. We’ve got the scientific community and even former anti-grazing organizations who now support us tremendously.” In an era of endless commentary and debate, ranchers have largely remained silent figures who walk the walk, quietly protecting the public resources we all require: Fresh water, healthy protein, clean air, rich soil, wildflowers, wild animals. They are America’s silent stewards, ensuring a more resilient climate by offsetting development. Ranching has always been a tough job; one that requires adaptation. For Tim Koopmann, he had to adapt to speaking publicly about the value of grazing and land management in order to save the land in his care. The state of California is better and safer because he did.