Imagine generating enough clean energy on a ranch to power 100,000 homes. Thanks to a new solar project on the Jack Ranch in San Luis Obispo and Monterey counties, owned by the Hearst Corporation, a groundbreaking model of clean energy, innovative land management, and stewardship is creating 280 megawatts of green energy. Spanning 2,900 acres, the California Flats solar project was thoughtfully designed as an alternative revenue source for the ranch that is completely compatible with existing agricultural operations. California Rangeland Trust is proud to play a role in a venture that demonstrates the importance of rangeland and gives insight into the future of large-scale sustainability projects on ranches.

Hearst and California Rangeland Trust previously worked together on the original San Simeon conservation project, finalized in 2005. This project involved conserving 80,000 acres of the Hearst Ranch and was one of the largest land conservation agreements in California history.

The solar project subsidizes the cattle operation at Jack Ranch, while helping to stave off future development pressure. This is very good news for the families who work and live on the ranch, the many species of plants and wildlife thriving on these acres, and the millions of Californians who benefit from the resources the ranch helps protect.

“My colleague and I were looking at a book put together by the government on possible solar sites, and I said, ‘That’s the Jack Ranch,’” says Steve Hearst, Vice President and General Manager of Hearst’s Western Properties. “We could make the Jack Ranch sustainable.” The project also furthered the Hearst Corporation’s dedication to sustainability. “We are green and we’ve always been green. And given the opportunity to move that ball, we just did it.”

California Flats will generate enough clean energy to displace over 109,000 metric tons of carbon dioxide every year—comparable to taking 22,000 cars off the road. Not only is the project good for the environment, it’s good for the ranch.

Because the lease agreement requires California Flats to build new water infrastructure for the property, Hearst anticipates the ranch’s carrying capacity will be maintained or even increased despite the loss of grazing acres. Ranch employees worked closely with construction and operation teams to thoughtfully re-engineer pasture fencing and new water systems in order to minimally affect cattle movement. Sheep will graze under the panels, and cattle will continue to graze the ranch’s 70,000 acres, a testament to the harmony of this solar project with agriculture operations.

Construction of the first 130 megawatts was completed by the end of 2017, with the final 150 megawatt-phase completed by close of 2018. This was a project many years in the making. First Solar was the initial lessor and sold the lease to Capital Dynamics, an asset management firm that invests in clean energy infrastructure around the world.

“It is a unique and gratifying experience to partner with ranchers and learn from their deep knowledge of and connection to the land,” says Benoit Allehaut, Director at Capital Dynamics Clean Energy Infrastructure business.

The renewable energy produced at California Flats is under contract by Pacific Gas & Electric (PG&E) and Apple, Inc. PG&E spokesman Denny Boyes says, “The project is a great example of several groups working together to ensure sustainable land use while achieving California’s clean energy goals.”
With high voltage transmission lines bisecting the property and access to large acreage, Jack Ranch was uniquely suited to the project. California Flats is not visible from any public roadway. Higgins advises other ranchers to consider sunlight and existing infrastructure when weighing similar opportunities.
“When it comes to renewable energy partnerships on rangelands in California, I think what’s happening on the Jack Ranch is just the beginning,” says Vail. “This project is where honor for the past’s legacies, opportunities for today’s land stewards, and regard for tomorrow’s planet meet. It’s an exciting story for all of us.” 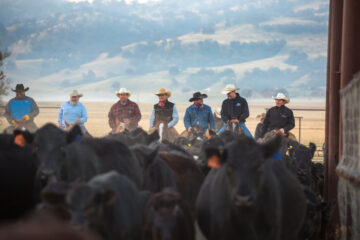 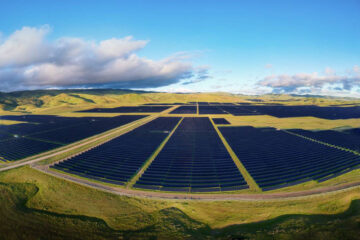 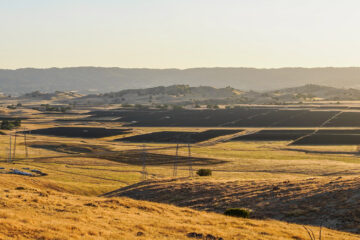 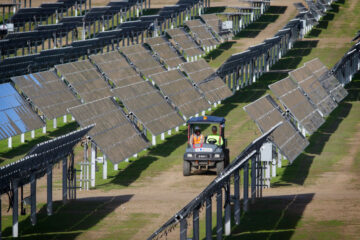 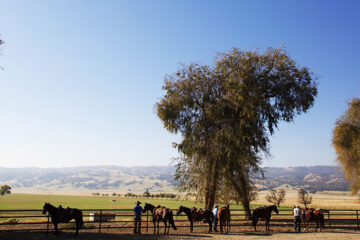 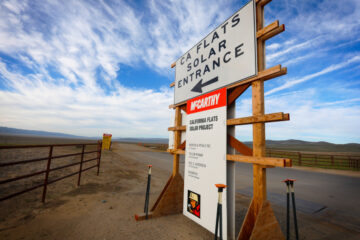 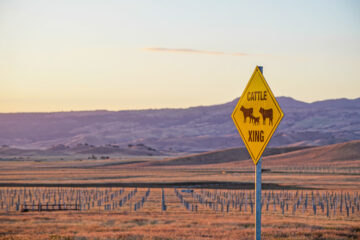 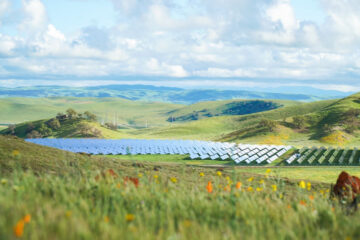 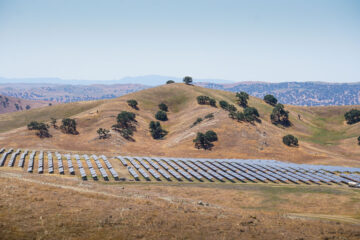 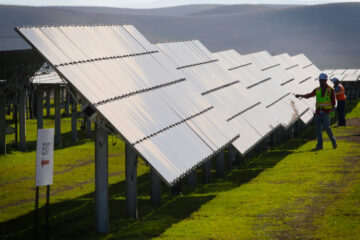 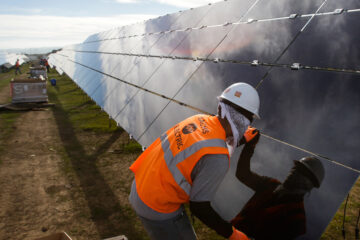