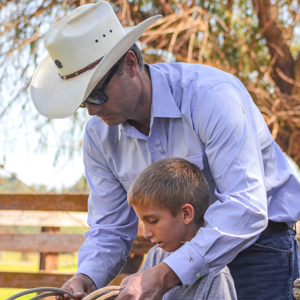 Doug McDonald is a third generation rancher with cattle and timber ranching operations in Central California.  A Managing Director at Armory Securities he provides investment banking services for real estate, food and agricultural companies.  With over 18 years of merger and acquisitions, restructuring, and financing experience he has completed over 60 transactions totaling over $20 billion in value.  In 2014, he was recognized as a Top 40 Under 40 Dealmaker by M&A Advisor.  Prior to Armory, Doug was an investment banker at Oppenheimer and Lehman Brothers.  Earlier in his career he was a financial analyst for The Walt Disney Company.  He currently resides in Southern California with his wife and three children.  Doug is active in western civic organizations and is a 2010 Maverick Class of Rancheros Visitadores.  Mr. McDonald earned an M.B.A. from The Anderson School at UCLA and a B.A. in Economics from Stanford University.